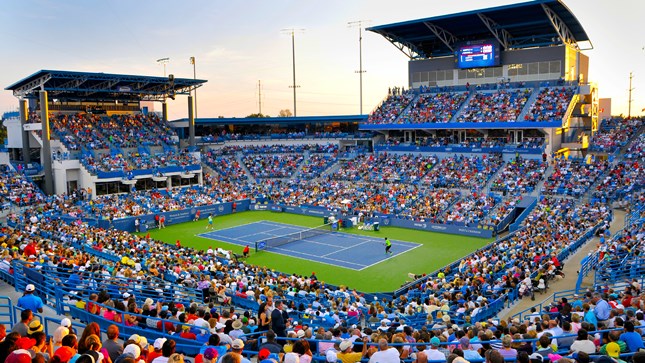 “We are incredibly blessed to be a part of the Western & Southern Open,” Marshall continued. “As one of the top events on the WTA and ATP World Tour, these athletes are used to and require a high-level of performance training. We will be available to provide support and assistance to the players before, during and after the tournament.  By partnering with the Western & Southern Open, Ignition is continuing its dedication to providing high level of success both domestically and internationally in professional sports performance training.”  Marshall concluded.

This relationship marks an important expansion of Ignition’s Professional Athlete Training Program, which spans professional leagues – NFL®, NBA®, MLB®, teams – Cincinnati Bengals®, Xavier University®, as well as Olympic, Collegiate and youth athletes.  “It’s clear that the world’s top players view Cincinnati as a must-stop on their annual calendars,” said Tournament Director and COO Vince Cicero. “The addition of the Ignition Performance Center to the world-class facilities enhances the draw and professional experience for the players.”

About the Western Southern Open

The Western & Southern Open will be held August 10-18, 2013 at the Lindner Family Tennis Center, 20 miles north of Cincinnati in Mason, OH. It is the nation’s oldest professional tennis tournament still held in its original city. The tournament is one of the prestigious ATP Masters 1000 events on the men’s tour and a Premier 5 event for the Women’s Tennis Association (WTA) – making it one of only five events in the world outside of the grand slams with events of that caliber occurring during the same week at the same venue. A recent study conducted by the University of Cincinnati concluded that the event generated $62.5 million in economic impact. The event is seen by more than 60 million people in 170 countries worldwide and is broadcast domestically on Tennis Channel, ESPN2 and CBS. The tournament is also one of the last stops on the Emirates Airline US Open Series prior to the US Open in New York. Since 1974, the tournament has contributed more than $8.7 million to beneficiaries Cincinnati Children’s Hospital Medical Center, Barrett Cancer Center and Tennis for City Youth.